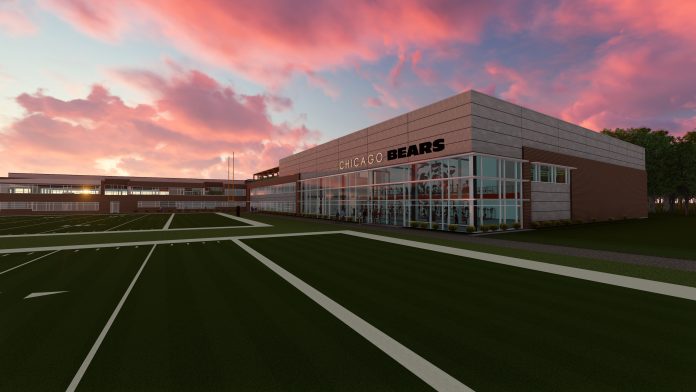 Mortenson has completed the enclosure of the major new addition to Halas Hall, putting it on track to complete the expansion and renovation of the home of the Chicago Bears NFL team before the start of next year’s season.

The modernization, including the 162,500-square-foot addition that more than doubles the size of the Bears’ headquarters, will deliver an expansive, state-of-the-art training center for players, coaches and the entire football operation.

The current project follows the 2013 Halas Hall renovation led by Mortenson that upgraded the Bears’ business offices and added a state-of-the art media and broadcast center, viewing suite and cafeteria. One of the top three national sports builders, Mortenson has completed more than $8 billion in professional and college sports facilities in the past decade.

Mortenson broke ground on the addition in March.