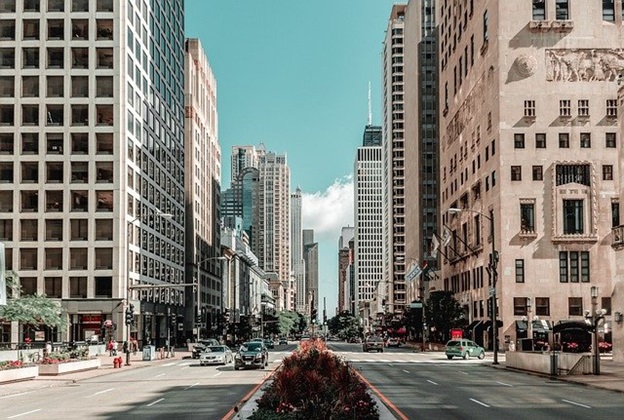 Tax Increment Financing (TIF) assistance in the amount of $1.5 million would support new visitor facilities at Big Marsh Park in South Deering, including 12 new camping platforms and an approximately three-mile-long multi-use trail. Opened in 2016, Big Marsh is a 280-acre former industrial site that was converted by the Chicago Park District into an ecological wetland park. The balance of the $2.4 million project would be funded by a $900,000 grant from the State of Illinois.

The TIF assistance in the amount of $1 million would support improvements to the field house at Ridge Park in Beverly. The funds would be used for concrete and masonry repairs, window replacements, auditorium improvements, ADA-compliant entrances, and restroom upgrades. The balance of the $1.5 million project would be financed by an Illinois Department of Natural Resources grant.

The TIF assistance in the amount of $1.5 million would support renovations to the Fosco Park field house on the Near West Side. Improvements would include concrete and masonry repairs, foundation improvements, roof and door upgrades, and the installation of a pool dehumidification system. The project would be completed in two phases. The TIF assistance would finance the cost of the entire project.

The TIF assistance in the amount of $650,000 would support improvements to the field house at Hermosa Park in Hermosa. The funds would be used for a new roof, interior wall and ceiling repairs, and new ball field lighting. The TIF would finance the entire cost of the project.

The TIF assistance in the amount of $400,000 would support improvements to Roosevelt Park in the South Loop. Enhancements would include the resurfacing of tennis courts and walking paths, upgrades to the play area and fitness station, and new benches and pathway lighting. The work would be entirely funded by the TIF.

The TIF assistance in the amount of $500,000 would support improvements to the swimming pool at Clark Park in Austin. The funds would be used for repairs to the pool deck, the addition of a new filtration system, and drain, gutter and piping replacement. The work would be entirely funded by the TIF.

The TIF assistance in the amount of $10 million would support improvements to the Riis Park field house in Belmont Cragin. The funds would be used by the Chicago Park District for a new roof, HVAC system, ADA-compliant entrances, and other interior and exterior improvements. The work would coincide with the construction of a 90,000-sq.-ft. addition that will serve as a Chicago Public Schools elementary school.