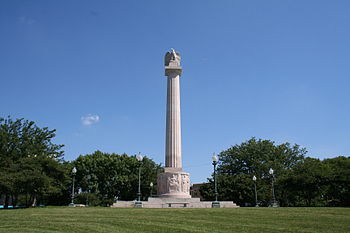 The office of 35th Ward Ald. Rey Colon with the Metropolitan Planning Council will host three community meetings with the residents of Logan Square, potential developers and city organizations on Sept. 9, Sept. 16 and Sept. 30 to decide the way to redevelop the Logan Square area.

Community members will work hands-on with a team of development professionals ― they will build their vision of Logan Square on top of a map in a “block exercise” and discuss the feasibility of those ideas.

“I purposefully wanted to make sure everyone had an agenda so that all would be in the mix,” Colon was quoted saying in Dnainfo.com. “Everybody gets their say, but not necessarily their way. Hopefully that will get the highest and grandest results.”

Other plans include CTA’s $494 million renovation of the O’Hare branch of the Blue Line where the development of the entrances to the stations are also considered, and a road study to lay out options for the bus terminal just north of the square.

Stressing on increasing the public space, Charlie Keel, a project organizer for the Bicentennial Improvement Project, has proposed to shift Kedzie Avenue slightly to the north to help prevent confusion and increase public space at the heavily traveled gateway.

The construction work is expected to begin by 2018, states Colon. The project is in celebration of Illinois’ 200th birthday.