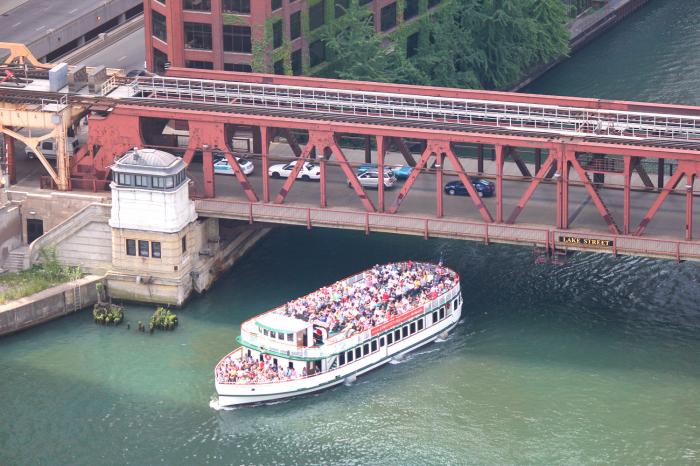 This weekend, the Lake Street Bridge marked its 100th anniversary.

The world’s first double-deck, double-leaf bascule bridge is a significant player in the city’s growth as a commerce and transportation hub.

Author and Illinois native Patrick McBriarty, in his book “Chicago River Bridges” documents the history of river crossings at that location, beginning with the city’s first swing bridge constructed in 1852 through to the fourth bridge constructed in 1885, which in 1909 was deemed by the U.S. Army Corps of Engineers to be an “‘unreasonable obstruction to the free navigation of the Chicago River’ on account of the center pier, narrow draw openings and faulty location.”

The current bridge was constructed in 1916 at a cost of $600,000, according to Peter Alter of the Chicago History Museum. Built by Ketler-Elliott and engineered by city staff, the 333-ft. structure was rehabilitated in 1995.

This marks the fourth Chicago bridge to have turned 100 this year and makes it one of only 23 to have survived that long.