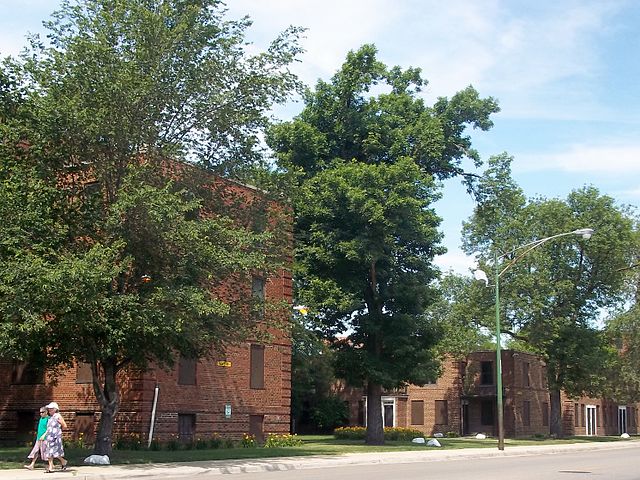 The Chicago Housing Authority has presented a revised plan to redevelop the 32-acre historic Julia C. Lathrop Homes into a massive mixed-use, mixed-income campus along the Chicago River’s north branch.

According to chicago.curbed.com, the project was originally approved by the Commission in February 2016 and City Council the following month, but it failed to impress the United States National Park Service, which criticized the plan for changing too much while preserving too little.

The new plans scrap the original “signature gateway buildings” by bKL Architecture, to preserve Lathrop’s original administration building at Clybourn and Diversey as well as an existing apartment block at Damen and Diversey known as S-03. A planned vehicular connection to Damen Ave.  has also been eliminated. With Lathrop’s overall unit count remaining at 1,208, the changes do not require a vote by the Chicago Plan Commission or City Council.

The replacement buildings —a pair of new mixed-use, six-story buildings shown below as S101 and S102—will be constructed further south on the site. Still designed by bKL, the revised structures will be more contextual with the scale, massing, masonry facades, and window spacing of Lathrop’s original architecture.