What does the future hold for the late Helmut Jahn’s architectural practice, Jahn Architecture Inc., which goes by the name Jahn?

The answer is murky, Crain’s Chicago Business reports, since the organization lacks a big-name architect to assume the firm’s leadership. Jahn, 81, died in a bicycle accident in May.

“We will continue to cultivate our talented and diverse team, while inviting new thinkers and makers to join us,” he wrote. “We will continue to honor Helmut’s bold vision and his painstaking craftsmanship, while ambitiously pursuing new ways to learn, imagine, and create.”

But Evan Jahn isn’t an architect.

Architect Philip Castillo, described as one of Helmut Jahn’s most trusted colleagues, might qualify, Crain’s indicated. Castillo is an executive vice-president who has worked for the firm since 1979. “The question is whether Castillo, regarded as a skilled technician who put Jahn’s ideas into practice, is suited for a frontman role,” the published report says.

There has been one bump in the road — a Chapter 7 bankruptcy filing for a company that  holds the lease for the architecture practice’s office at 35 E. Wacker Dr. 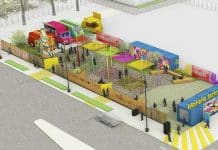 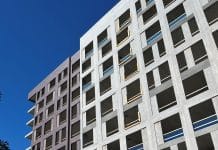