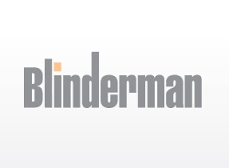 The Illinois Department of Corrections says the state agency is working to finish the conversion of the Illinois Youth Center in Joliet into a facility for inmates with severe mental illnesses by February 2016.

It’s unclear whether Springfield’s budget impasse will affect IYC Joliet’s opening by that time, the Herald-News has reported.

The $8.6 million needed for IYC Joliet’s operational expenses for the last quarter of fiscal year 2016 was included in the spending plan Gov. Bruce Rauner proposed in February. But budget talks with a Democrat-controlled Legislature have since derailed, leaving a nearly $4 billion hole heading into next year’s fiscal cycle, the newspaper reported.

IDOC spokeswoman Nicole Wilson said Blinderman Construction Company has been contracted for the work on the project, which began earlier this year.