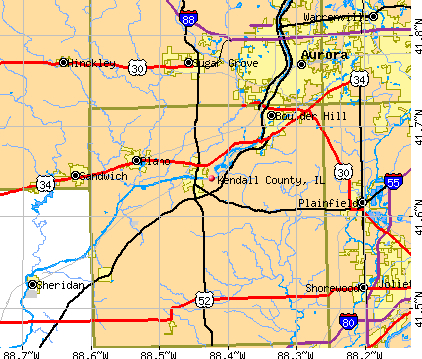 Illinois Governor Pat Quinn has distributed nearly $2 million in contracts for road construction projects in Kendall County as part of a $25 million announcement under the “Illinois Jobs Now!” capital program.

The projects further his agenda to “drive local economy forward” by creating jobs as well as repairing and maintaining state infrastructure, a news release reports.

Coal City-based D Construction Inc. has won all of the Kendall County projects. As the lowest of three bidders, the firm will do 0.46 miles of resurfacing from Jackson Place to Illinois Route 71 fora $225,754 contract.

Lastly,the firm will resurface 0.73 miles from Hill Ave. to a point 52 feet south of Montgomery Rd. in the Village of Montgomery and Aurora Township for $270,820. The firm has received this contract as the lower of two bidders.

Illinois Department of Transportation will supervise the projects.