The International Concrete Repair Institute (ICRI) based in Rosemont, IL, has announced the election by the membership of new officers and board members for 2018, including Ralph C. Jones with Structural Engineering Associates in Kansas City, MO as its president. The terms began on Jan. 1, 2018. To support Jones, the ICRI membership also elected the following officers:

Brian Daley, C.A. Lindman of South Florida, LLC, served as president in 2017 and will continue his service on the board as immediate past-president.

Fred Goodwin, BASF, will continue serving as an ex-officio member of the executive committee in his role as chair of the Technical Activities Committee (TAC).

In addition to the president and officers, the membership voted in five new members who began serving three-year terms on January 1, 2018:

“I’m pleased and honored to be elected president of the International Concrete Repair Institute for 2018,” Jones said in a statement. “It is exciting to be able to contribute to the leadership team of an association that is dedicated to restoring the value of and improving the functionality of the places we work and live.”

“Outgoing ICRI president Brian Daley has worked tirelessly to ensure that ICRI is in a great position to continue to make a positive impact on the industry. I speak for the entire membership of ICRI when I thank Brian for his leadership and strong direction through the past year of change and improvement of our organization. I also want to thank the newly elected executive committee officers and board of directors’ members in advance for their time and commitment toward achieving ICRI’s strategic vision. I look forward to advancing programs currently in place to promote education of concrete repair strategies at the craftsman level as well as the higher education level. Other goals include developing a Global Task Force to promote ICRI to additional locations beyond North America, and outreach to younger members of our industry.”

The returning board members whose terms were not up for re-election include: 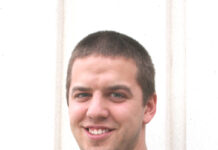