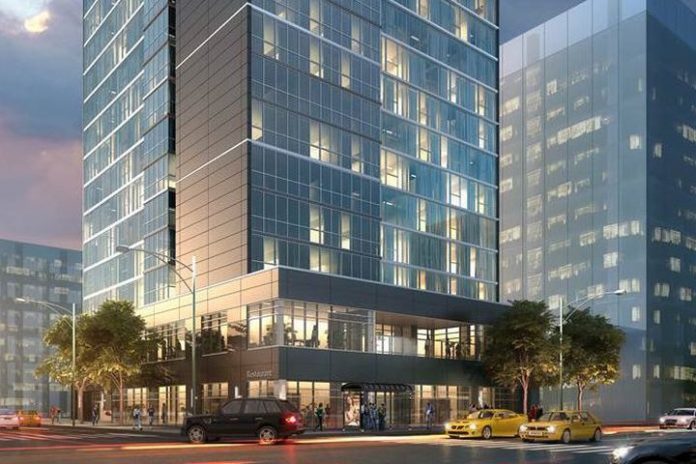 Curbed Chicago has reported that several projects got the go ahead at the latest meeting of the Chicago Planning Commission. Among the approved projects are two high-rise hotels.

Pending finalizing details through a second vote by City Council, the following projects have been preliminarily approved:

A rezoning amendment was passed, moving the property from light industrial to commercial to allow for the construction of the Brighton Park Health Center, designed by Chicago-based JGMA, along with a 171-stall surface parking lot.

A townhouse development of twelve, four-story homes on an existing parking lot.

Two separate Planned Developments (PDs) within the Roosevelt Cicero Industrial Corridor in the North Lawndale neighborhood. “The first subarea is seven acres in size and will be redeveloped for approximately 160,000 sq. ft. of industrial use. The four-acre second subarea would support 175,000 sq. ft. of future commercial/retail.”