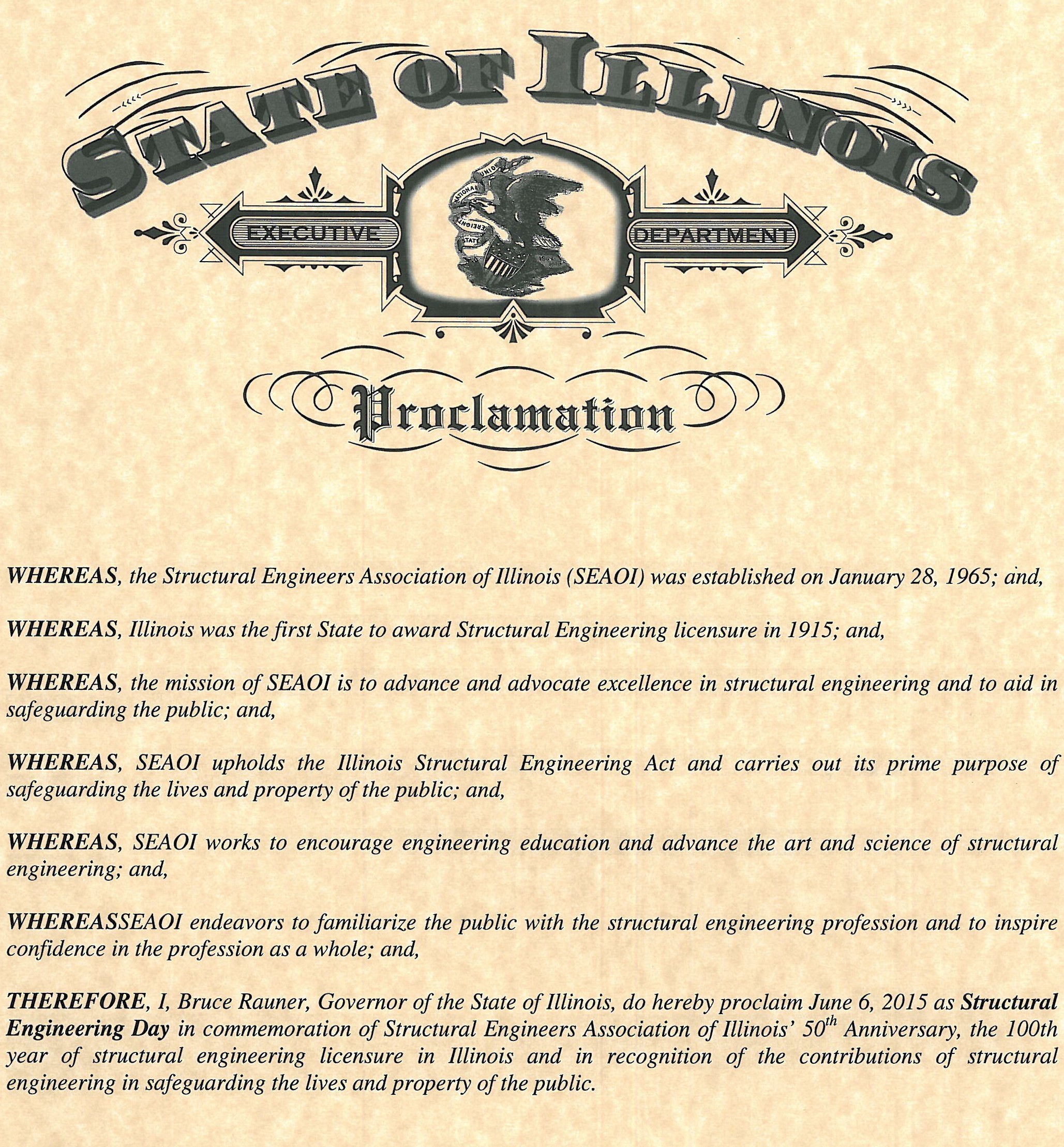 The date was chosen to commemorate the 50th Anniversary of the Structural Engineers Association of Illinois as well as the 100th year of structural engineering licensing in Illinois. The proclamation recognizes the contribution of structural engineers in safeguarding the lives and property of the public.

The SEAOI will be honoring the best in Structural Engineering at their Annual Banquet and Awards Dinner June 6th at Cafe Brauer in Lincoln Park. They will also celebrate the 50th anniversary of the founding of the organization. 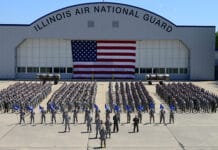