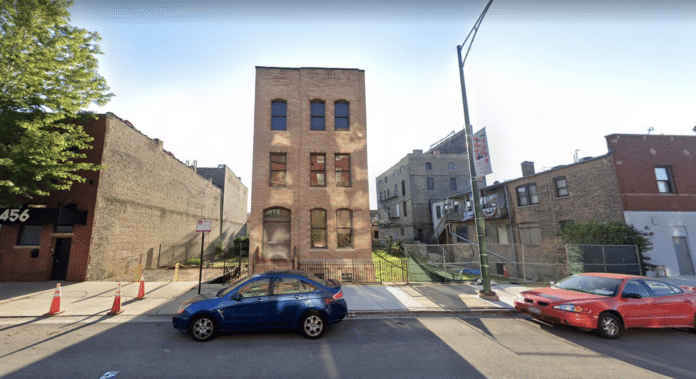 MAB Capital Management is putting two Fulton Market-area properties on the market for a potential mixed-use/residential development, Crain’s Chicago Business reports. As well, the separate owner of a property between the two vacant lots has recently obtained a demolition permit for the three-story structure there.

MAB is owned by Chicago real estate entrepreneur and restauranteur Marc Bushala. MAB president A.G. Hollis confirmed that the company has hired the Chicago office of Jones Lang LaSalle to sell the sites at 450 and 464 N. Morgan St. between Hubbard Street and Grand Avenue.

The sites occupy more than 26,000 sq. ft., and were put on the market more than five years after MAB proposed a boutique office and retail building at 450 N. Morgan.

“But there was a higher and better use” for the site, Hollis told Crain’s. MAB killed the office idea in 2018 and now envisions the properties being developed with residential uses after the city lifted its ban earlier this year on new Fulton Market residential projects north of Lake Street.

Hollis said MAB is open to selling the parcels individually or together and is willing to sell them outright or partner with a developer on a project. “But we’re not residential developers by prescription,” he said.

MAB tore down buildings on both sites in recent years. The parcels are separated by a small brick-building mid-block along Morgan Street.

Meanwhile, a demolition permit was recently issued for the three-story masonry building at 462 N. Morgan, Chicago YIMBY has reported.

“Filed under the owner Baby Grand LLC, no plans have been published as to what will replace the multi-unit residential structure. However, the parcel is currently zoned for M2-2 Light Industry District, which allows for moderate manufacturing, warehouses, and freight and recycling facilities. M2-2 also permits a floor area ratio of 2.2, so that any new development may have up to 2.2 times the square footage as the containing lot. Currently it is unclear if the owner plans to apply for an amendment to change the designation.”