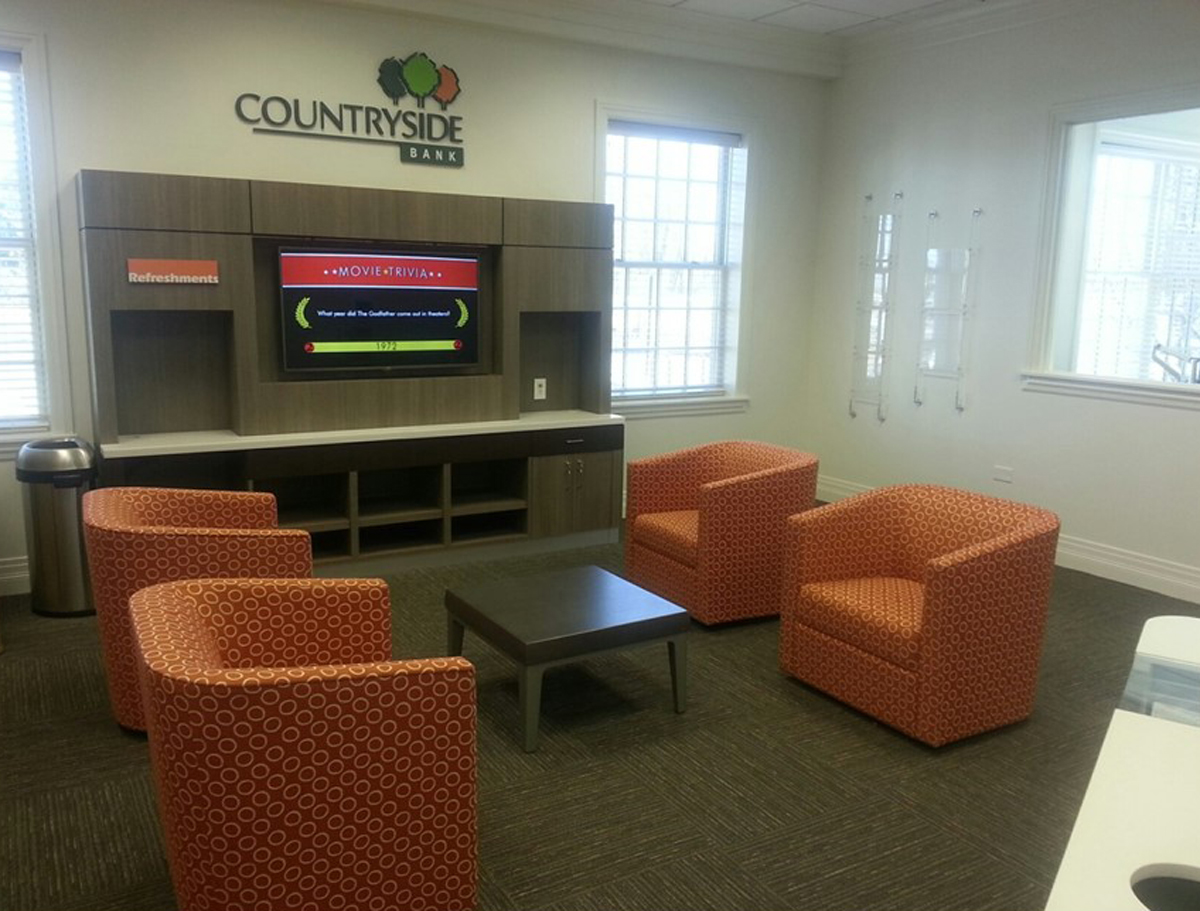 Englewood Construction has announced its its retail group has recently completed seven projects throughout the United States.

“We’re pleased to report it is officially high-growth time in retail construction as the economy continues to improve and businesses look to expand their footprints as well as refresh their current locations,” said William Di Santo, president of the Lemont, IL company. “We had an extremely busy winter and spring construction season and were able to stay on schedule despite some harsh weather conditions. Now, with these completed projects in the books, we see that positive momentum continuing as more of our clients plan for summer and fall construction projects.”

Among Englewood’s recent project completions is the renovation and reimaging of Countryside Bank’s headquarters in Countryside, IL., as well as the bank’s four other nearby locations in Burbank, Darien, Homer Glen and Chicago.

“Countryside Bank was formerly known as State Bank of Countryside, but recently underwent a full rebranding,” Di Santo said. “This project entailed remodeling all of the bank’s locations to match the new brand, and we were pleased to be part of that transformation.”

Additionally, Englewood said in a news release it has finished a 55,000-sq. ft. ground-up Hobby Lobby store on an outlet pad at Seabrook Crossings, a new retail development in Seabrook, N.H. “This was an East Coast location where we battled tough weather conditions earlier this year with intense snowfall, but our team worked through it to complete the project on schedule,” said Di Santo.

In Franklin, Tenn., Englewood recently completed a new American Girl store, located in the CoolSprings Galleria mall just outside of Nashville. The store is the 12th Englewood has completed for American Girl, the popular retailer of children’s dolls and accessories. The architect for the project was Morristown, N.J.-based Jacobs Engineering Group Inc.

“We’re extremely proud to continue to be a partner in American Girl’s nationwide growth, and bring them a high level of service and quality that ensures the build-out of each new store goes as smoothly as the last,” said Di Santo. “This is the type of long-term client relationship we always strive for, and it is extremely rewarding to keep adding to the list of American Girl projects in our portfolio of completed work.”