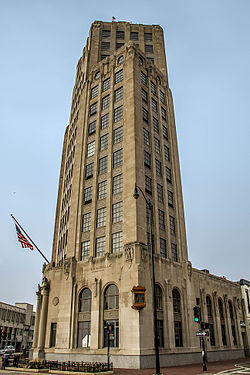 The Elgin city council on Sept. 24 has agreed upon the plan to turn the Elgin Tower at 100 E. Chicago St. in a 45-unit rental apartment tower and will provide $4.5 million for the project. The council approved the project with a unanimous vote. The building has been vacant since it had been declared unfit for use in May this year.

St. Louis-based housing developer Capstone Development Group with Chicago-based developer Richard Souyoul, president of Souyol Development Group according to Linkedin, will gut rehab the old office building for about $13 million to build almost equally distributed one- and two-bedroom apartments. Most of the negotiations with the developers were done by assistant city manager Rick Kozal, who described it as an “action that will refine the fabric of the city for generations to come,” reports Dailyherald.com.

The renovated building will feature a common meeting space, a media room, an exercise facility, a leasing office and storage space for residents. The results of a market study dissuaded the developers from including a retail option on the ground floor. Capstone owner Bill Luchini said of the decision “It’s the odd shape of the building that dictates kind of what we can do.” The project also includes attention to cabinetry and other amenities as well as on exterior lighting which are to be placed “strategically,” according to Luchini. The tower’s exterior will be cleaned.

For parking, the city has agreed to provide up to 55 reserved parking units in a municipal lot for $30 a month. Rents are expected to range from $863 to $1,200 monthly.

Capstone plans to spend $8 million for renovation work with $4.6 million in federal and state historic tax credits. The firm also can buy the tower for $1 million from Stickling Foundation.

The developer has projected a 12- to 14-month completion timeline.