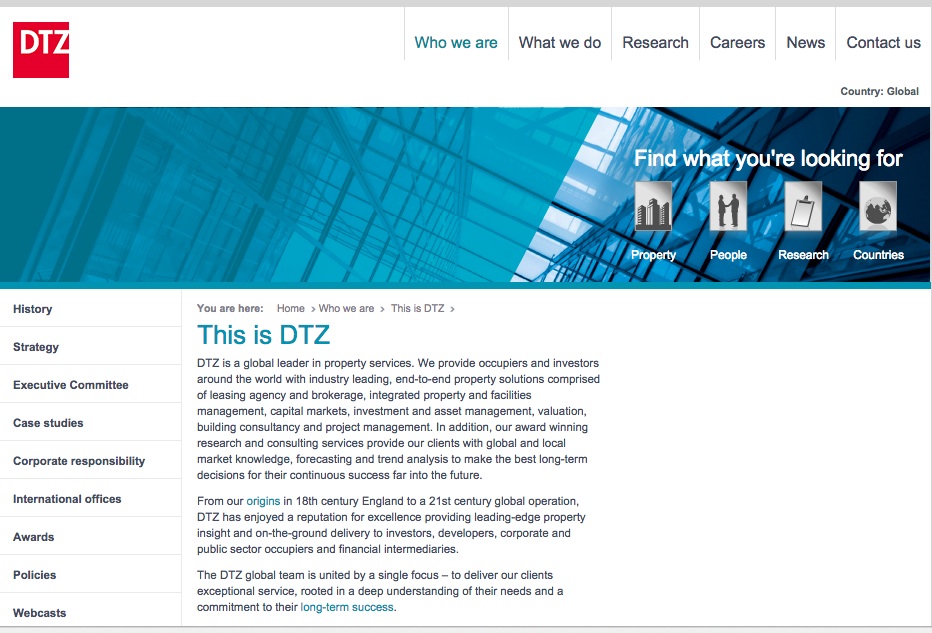 Cushman & Wakefield and Chicago-based DTZ plan to merge their companies by the end of the year to become one of the word’s largest global property services companies.

The merged company will have more than $5.5 billion in annual revenue, operate in more than 50 countries with 250 offices, and employ 43,000.

The newly merged firm will take its place in the global real estate world behind industry leader CRBE and second-place JLL, whose revenues are reportedly about the same as the combined Cushman & Wakeman/DTZ firm has projected for itself, reports ConstructionDIVE.

Brett White, CRBE’s former chief executive, will run the new firm, which he called a “third formidable competitor at the highest end of this industry,” which has been in “a bit of a two-horse race,” according to The Sydney Morning Herald.

Chicago-based DTZ was acquired by TPG Capital, PAG Asian Capital, and the Ontario Teachers’ Pension Plan in November. It focused on international real estate at the time. Two months later they acquired U.S.-based Cassidy Turley and then combined the two companies, the Toronto Globe and Mail reported.

State awards $16.3 million for construction in Cook and DuPage Counties