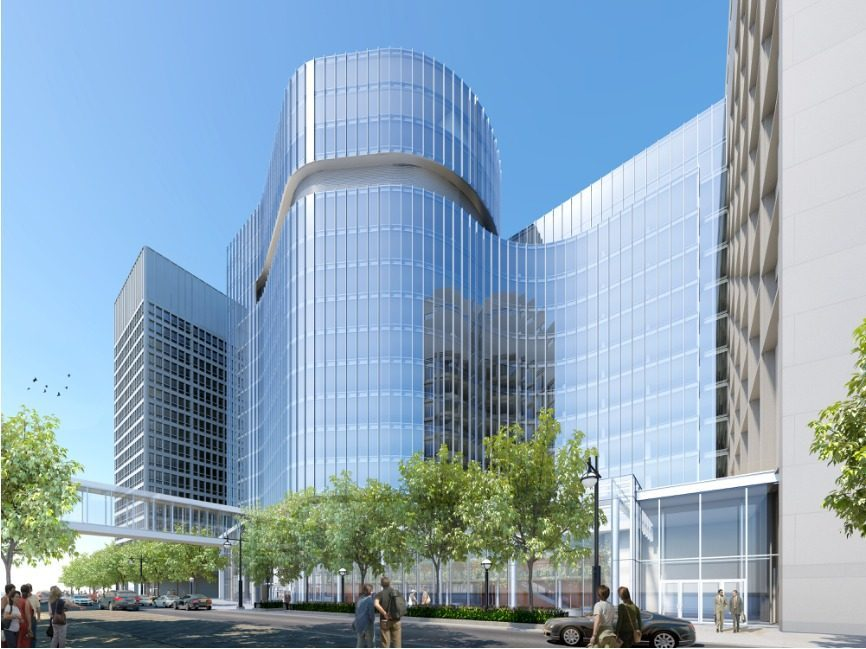 The design presented at a Sept. 30 community meeting reveals a tower six storys shorter than the originally proposed 45-story structure.  The 598-ft. tall structure has nine lab floors, which according to Bridget Lesniak, managing principal at P+W, “are all about light and transparency,” reports Chicagoarchitecture.org.

While some residents at the meeting supported the new design, some were not happy with the shorter building and glass design, which doesn’t seem to blend in with other developments in the greater downtown area. Tribune architecture critic Blair Kamin has dubbed it “sliced minimalism”.

“We were told we’d be getting something timeless and unique,” one resident said. “This isn’t unique in any way. When it was shortened, it took away from the design. It had a boldness to it previously. Now it’s shorter, squatter, and really nothing special now. Aside from glass, what are you doing to make it a landmark? We tore down a landmark building. I don’t see one here.”

After the design is finalized, phase one construction is scheduled for early 2015, with a 2018 occupancy plan. The project’s second phase has not been scheduled until funding can be arranged.