While 700 at The River District is still awaiting zoning approval from the City of Chicago, developers have released a video showing details of the proposed $700 million redevelopment.

The two-minute presentation, created by Hungary-based ZOAStudio, features 360-degree views of the planned complex. It offers the first preview of the project’s interior amenities, including a food hall, fitness center and roof deck.

Slated for construction on a 37-ac. parcel fronting the Chicago River, 700 at The Water District is a joint venture between Tribune Media and Riverside Investment & Development. The plan, designed by architect Goettsch Partners, consists of three office buildings, a residential tower with 300 units, and a 4.5 ac.park with a public riverwalk.

The video also highlights the redevelopment’s personality as a “connected campus.” Making a reappearance is a future access road that will connect the site to commuter railroad hubs.

Developers filed a zoning application for the project in early September, following a City Council decision that opened the North Branch Industrial Corridor to other development with other uses, including office and residential.

The 700 at The River District is one component in a master plan for the riverfront property owned by Tribune Media. It will be combined with a 30-ac. parcel located south of Chicago Ave. to house mixed-use towers.

If approvals, demolitions and construction stay on track, the first building is expected for completion by mid 2019. 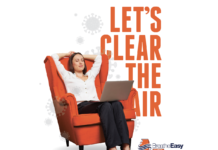