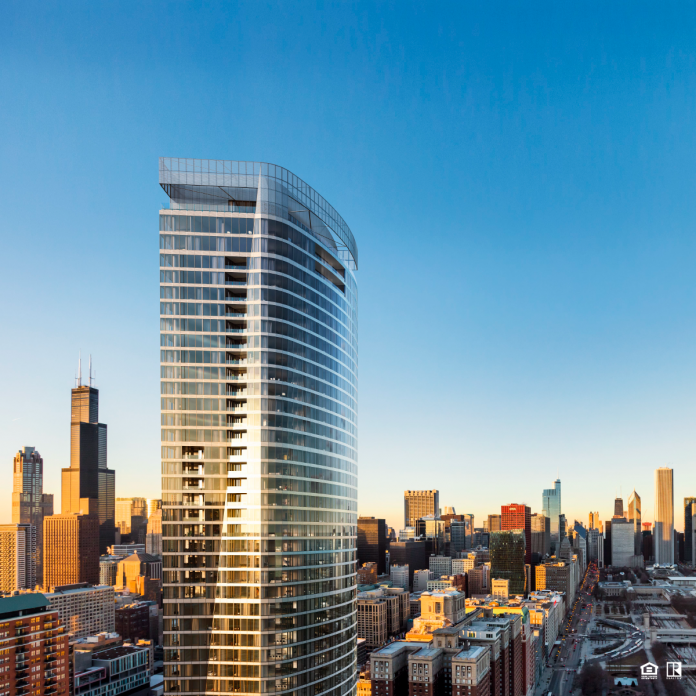 Construction will start before year end for what is described as Michigan Avenue’s “future tallest tower”, a $470 million condo across from Grant Park, the developers say in a news release.

The  832-ft. tower at 1006 S. Michigan with the name 1000M will be the largest condo project, in terms of the total number of residences (421), launched in more than a decade, the developers say.

However, so far the only permit (as of Nov. 5) issued for the site was for a tent erected temporarily for the ceremonial Oct. 24 groundbreaking by Partytime-HDO Productions.

Looking at the new $64 million Chicago Park District headquarters under...