Officials urged the House of Representatives to promptly complete work on the bipartisan infrastructure bill that the Senate passed earlier this year, noting that spending on infrastructure in the first nine months of 2021 fell short of year-earlier levels.

“Spending on projects has been slowed by shortages of workers and materials, as well as extended or uncertain delivery times,” said Ken Simonson, the association’s chief economist. “And the extreme rise in materials costs is likely to mean some infrastructure projects will no longer be affordable without additional funding.”

Association officials said the almost ubiquitous downturn in infrastructure spending shows that enactment of the Bipartisan Infrastructure bill that already passed in the Senate is urgently needed. They said each day’s delay is putting the nation further behind in unclogging supply chains and enhancing competitiveness.

“This legislation advances the policy priorities that members of both parties have long said they want,” said Stephen E. Sandherr, the association’s chief executive officer. “It is disgraceful that both sides are still holding these projects hostage while sorting out other priorities. Construction workers, businesses, and the public deserve better.” 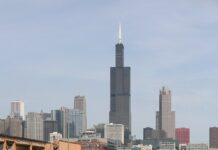 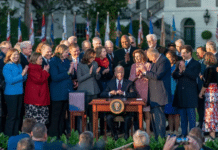 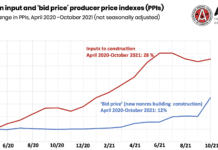 24 teams participate in ChicagoCAN Awards and reception to support food...