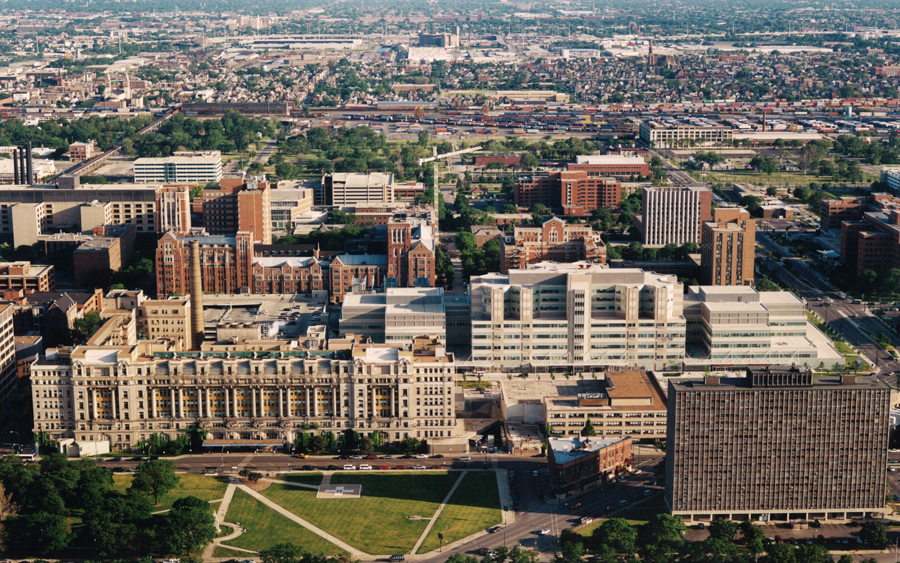 Five civic organizations presented their development ideas for the old Cook County Hospital (Stroger Hospital) and its 10-acre campus at an Oct. 7 meeting jointly hosted by the Cook County Bureau of Economic Development and the Chicago Architecture Foundation, Dnainfo.com reports.

Each group, composed of developers, architects and academics, gave different visions but all emphasized the facility’s “adaptive reuse”.

Two Lambda Alpha teams participated in the meeting. Team Bennett, consisting of Fitzgerald Associates Architects, CTA, Legat Architects and others, suggested strategies to get the best proposal from developers. Team Burnham wants the old building to be revamped and expanded into a hotel and conference center with retail, athletic and entertainment uses. The team has suggested a large business move to the site, which would be adapted to its needs.

Landmarks Illinois, supported by Antunovich Associates and CPA, offered two proposals. The first calls for office and retail through a rehabilitation of the facility, and the second proposal is for one-, two- and three-bedroom residential units with ground-level retail and leasing. Both plans include constructing additional buildings and a parking garage extension.

Metropolitan Planning Council teamed with Brinistool + Lynch and Primeara Engineers, Ltd., with a proposal for office, conference and retail space replacing the hospital and an additional multi-platform complex consisting of a hotel, assisted living/memory care and child care facilities, senior and student housing and a clinic on the rest of the campus. The plan also features amenities like dining, boutique, retail stores, a pharmacy and fitness center.

The county will consider these ideas and seek proposals from developers by early winter, said Tim Brangle, senior associate with Chicago Consultants Studio Inc., the group managing the development.