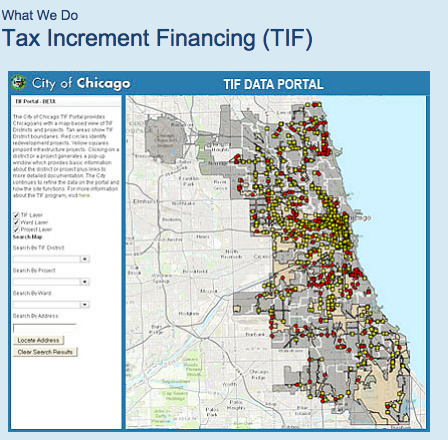 The city of Chicago plans to transform seven vacant properties between Indiana Ave. and Martin Luther King Drive to the east, south and west of the historic Forum building and the 43rd Street Green Line station in Bronzeville and is searching for developers, reports Dnainfo.com.

The city announced this week that it will provide tax subsidies for development on six vacant lots and one closed liquor store, a clear move to lure developers. Ald. Pat Dowell (3rd) hopes to see retail and residential development at those sites which have been available for the past two years.

The project also includes revitalization of the Forum building into a music venue which Dowell and the city have been working towards since 2010.

“Now that the economy is improving, I think it’s time to test the water to see what kind of interest there is,” said Dowell. “I wanted to do this earlier, but obviously the recession made it difficult to attract attention.”

The city has also enlisted the 47th and King TIF (Tax Increment Financing) District for the development program which according to city reports can provide more than $11 million for reshaping the area.

Officials will meet interested developers starting this Wednesday and make a final selection by February next year.