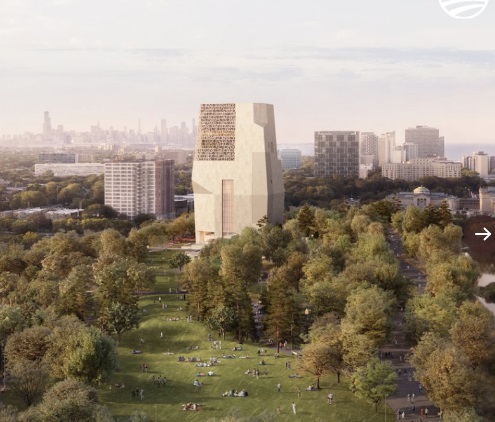 After spearheading a years-long process to gain federal approvals for city initiatives supporting the Obama Presidential Center (OPC) on Chicago’s South Side, Mayor Lori Lightfoot announced the review is now complete, passing a major milestone for the center’s future in Chicago.

The Chicago Department of Planning and Development, Department of Housing, Department of Transportation, Park District and Public Library will move forward with several capital investment projects in the surrounding communities.

“With this final step in the review, Chicago is now officially the home of the presidential center for our country’s first Black president,” Mayor Lightfoot said in a statement.

“The Obama Presidential Center and nearby capital improvement projects will undoubtedly distinguish our city’s historic South Side as a world-class economic and cultural hub. Through opportunities both created and attracted by these initiatives, residents in the surrounding communities will have long overdue access to much-needed, sustainable and good-paying jobs and other neighborhood resources,” Lightfoot added.

The Barack Obama Foundation is expected to start construction of the presidential center in the second half of this year, starting with preliminary roadwork and then physical construction as early as August.