The City of Chicago wants to know what residents think about building a casino in the city.

Mayor Lori E. Lightfoot announced a survey asking what features people want included in a Chicago casino, where they want to see casino located and how often the plan to visit the casinos.

“To learn more about what Chicagoans want to see in a new casino, today we are launching a survey that will give our residents a voice in informing how this development can drive the maximum benefit for all communities,” she said.

“While the prospect of a new casino holds tremendous potential for generating new revenues and stimulating economic opportunity for Chicago, we are committed to a transparent process for ensuring all voices can be heard as the City moves forward on this historic project.”

The survey will be open until sometime in the fall. Later in the year, the city will host community forums on the issue in order to gather community input and opinions about where residents would like to see the casino located.

As reported earlier, the city previously announced the launch of a feasibility study. Illinois law requires such a study be conducted before a casino is allowed to be built. It will look at the economics involved in opening a gambling establishment in the city. Recently enacted state law makes opening of casinos possible, and establishes that revenue from any Chicago-based casino will be used to fund Chicago’s police and fire pensions. 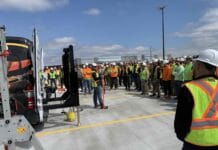 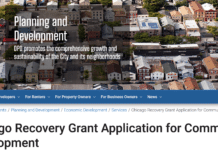