Nearly 10 years since the economic recession devastated the real estate market, Chicago continues to struggle with an office investment market slowdown as reflected by a 24 percent or $11.6 billion drop in annual sales volume from 2008 through September 2017.

Findings published by COMMERCIALCafe Nov. 9 show that from 1997 to 2007, the city had the third most attractive office market for investors. Annual transaction volume posted at approximately $48.2 billion. The amount was significantly reduced to $36.6 billion by the end of 2017 pushing Chicago out of the top five most attractive office investment markets in the country. The city now ranks sixth.

While the report has not provided further details on what caused the office investment market downturn in Chicago, COMMERCIALCafe attributes the nationwide declines to persisting effects of the 2008 real estate bubble. From the late 1990s through early 2000s, the number of office loans granted across the country increase due to loose loan standards. Banks were granting high-risk and interest loans just right before the financial crash.

In 2005, the number of office loans reached its pre-recession peak with 835 loans approved throughout the country. Towards 2007, investors were still confident about the real estate market and were closing numerous deals at a fast pace.

However, when the market crashed in 2008, the report said many of these investors suffered with business losses, crippling their capacity to refinance or pay off loans. From 804 loans in 2007, banks issued only 380 office loans in 2008. The rate gradually grew as the economy improved but never hit the same heights as it did pre-recession. In 2015, the national office market reached a post-recession peak with 583 loans granted.

By comparing recent records to data gathered by Yardi Matrix and Moody over the past 20 years, the report predicts a slight downward trend for the fourth quarter of 2017 which will close with an annual sales volume of $80 billion. 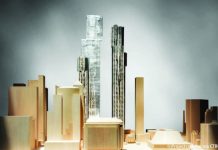 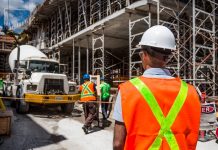