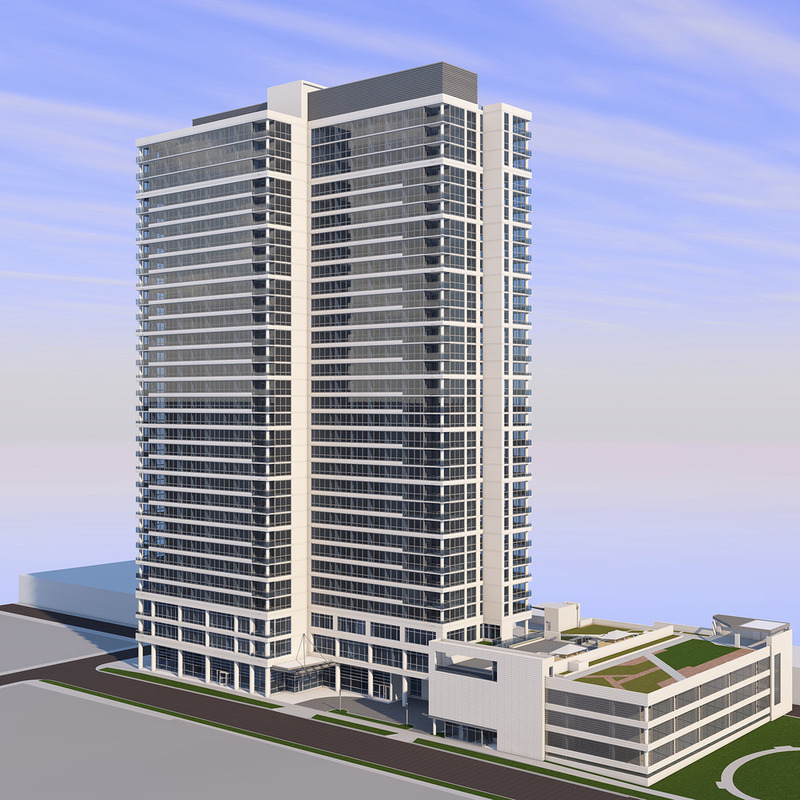 Chicago has issued a $9.84 million building permit for the foundation of what will be a 33-story, 496-unit apartment tower at 801 S. Financial, south of Polk St. and west of the Metra rail tracks.

Curbed Chicago says Atlanta-based Wood Partners paid $15.5 million for the site in December. The general contractor is Walsh Construction Company II, with plumbing by James P. O’Sullivan. The overall project cost was not disclosed in the foundation building permit filing.

“Architecture is being handled by Chicago’s Pappageorge Haymes and, based on a rendering recently leaked on the SSP online development forum, the design bears an uncanny resemblance to some of the firm’s previous high-rise work at K-Station in the Fulton River District,” Curbed Chicago reports. “Refreshingly, a portion of the development’s 348 parking spaces will be located below grade with the remaining spots slated for a relatively small three-story podium topped by a pool and amenity deck.”