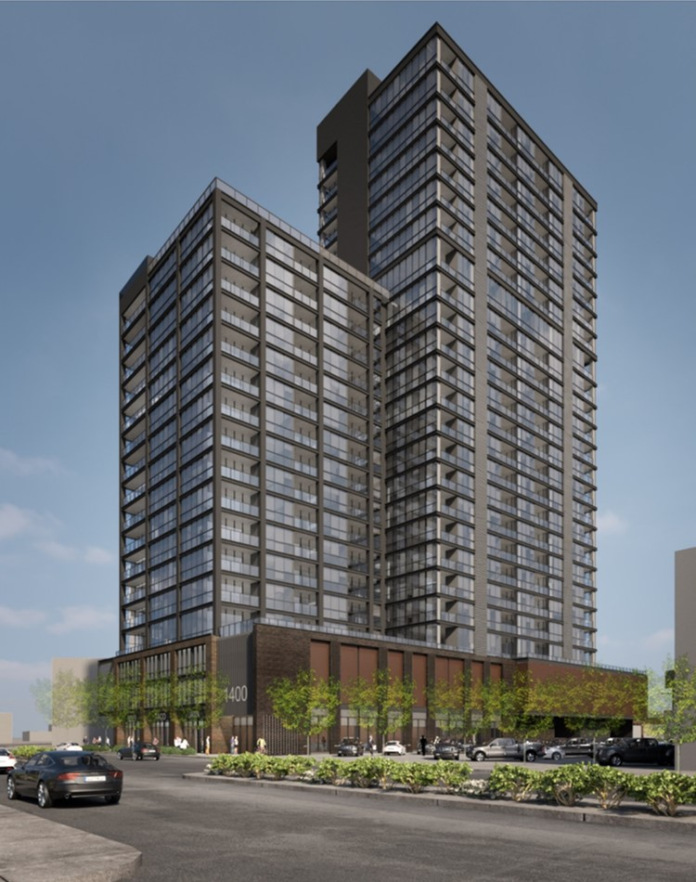 Chicago has issued a “full” $78 million building permit for a 278-unit apartment tower in the West Loop.

The project at 1400 W. Randolph St. received Plan Commission approval last January, and has already been granted a partial permit for the foundation and partial superstructure up to the fourth level.

The permit lists the owner as MP Randolph, LLC from Naperville, but the Real Deal reports from the planning commission that the Marquette Companies are behind the project.

“As part of the city’s Affordable Requirements Ordinance, the Naperville developer will set aside 27 affordable units on site, and an equal amount off site, at 1926 West Harrison Street, according to the commission,” the Real Deal story says. “Marquette is also planning to construct two shorter buildings, totaling 260 residential units, at 1436-50 West Randolph Street.”