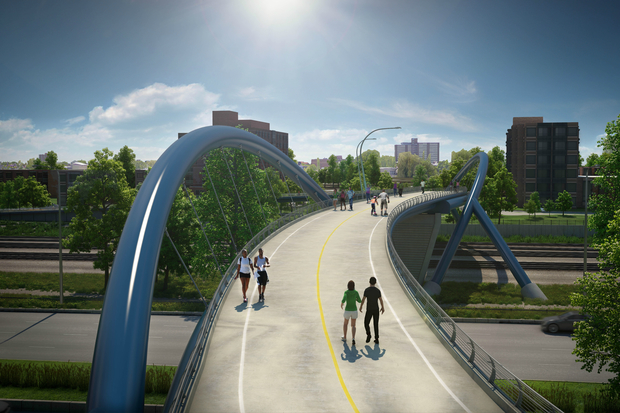 The leads service says the project has an estimated value of between $10 and $25 million.

The bridge, a companion to the pedestrian bridge being rebuilt for $22 million at 43rd Street, will give residents “a lot more access to Chicago’s beautiful lakefront,” according to the city. The project is part of a major revamp of five pedestrian bridges on the South Side.

The 41st Street bridge will have a park at its base, according to the city, and ramps for bicyclists, people who use wheel chairs and emergency vehicles. Construction is expected to take 1½ years and will begin in the fall.