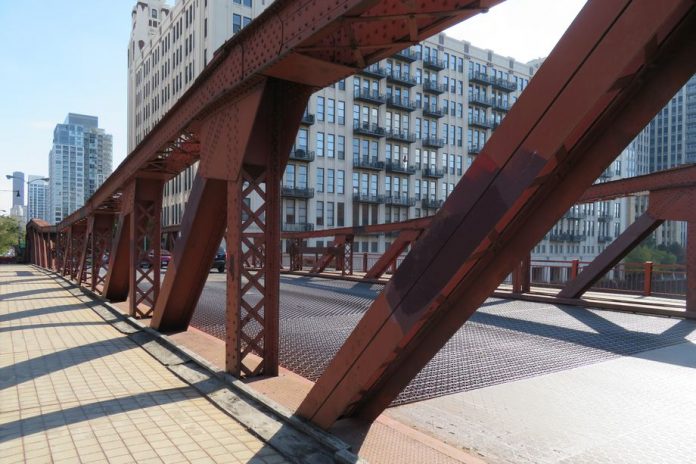 The Chicago Avenue bridge will be out of commission beginning Nov. 1.

Construction crews will work to demolish the bridge and in its place erect a temporary replacement to open early in the new year. The 104-year-old bridge connects River North and River West.

According to Curbed Chicago, Division Street and North and Grand Avenues will serve as an east-west detour for traffic, including pedestrians. A temporary shared bus and bike lane will be available in both directions on Halsted Street between Chicago and Division.

No groups or persons have come forward to claim the century-old piece of Chicago infrastructure which was initially built in 1914. A new, permanent bridge is expected to open in 2021. It will provide two traffic lanes in each direction – doubling the capacity of the current outgoing structure.