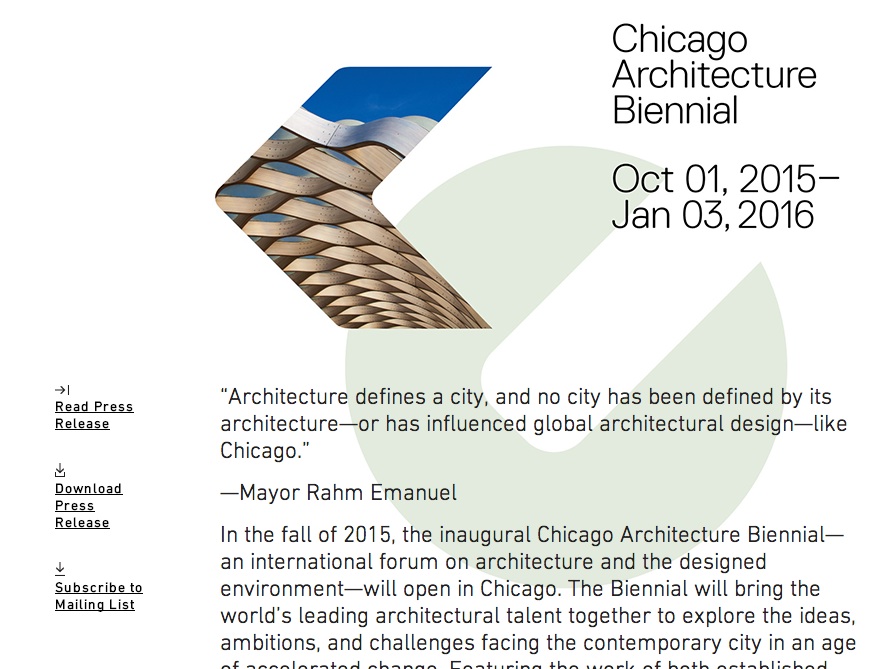 With the goal to improve its tourism, Chicago has announced a plan to showcase its own international architecture expo. Chicago Architecture Biennial, which will be the biggest global gathering for contemporary architecture in North America, is scheduled to run from Oct. 1, 2015 to Jan.  3, 2016. The Chicago Cultural Center will host the launch of the event.

Chicago Mayor Rahm Emanuel said in a press release that the event aims to uphold architecture as one of the city’s prosperous sectors. In addition, the event presents the architecture heritage of Chicago and demonstrates its diverse culture to the other countries. Another event goal is to match the prestigious Venice Architecture Biennale. However, Chicago Architecture Biennial is set to operate on odd-numbered years to prevent overlapping with the Venice’s event which happens during even-numbered years.

Most of the displays will be placed in the Chicago Cultural Center but other installations will be catered by the Millennium Park and other places in Chicago. The strategic location of the architectural works enables the enthusiasts to explore the city. Around 200,000 to 300,000 visitors, composed of students, professionals in the field of architecture, and cultural enthusiasts, are expected to join the event. On the other side, Martin Pedersen, the executive editor of an architecture magazine, said in an interview with Chicago Tribune that “just by being in Chicago alone, even with its amazing cultural heritage around architecture, that in and of itself won’t make it an absolutely must-go.” Pedersen noted that a solid commitment for more than 3 to 4 years is necessary to make such event possible.

In terms of the event’s financial aspect, Mayor Emanuel already secured $2.5 million support money pledged by the oil company BP to fund the event. The donation makes the BP, which also funded the Millennium Park’s bridge designed by Frank Gehry, as the lead sponsor of the Chicago Architecture Biennial. According to the report of Chicago Tribune’s Blair Kamin, the city officials recognized that they still need to acquire another $1.5 million to hold the event.

The city of Chicago works with the Graham Foundation to build this global event for the field of architecture. The director of Graham Foundation and co-artistic director of Chicago Architecture Biennial, Sarah Herda, finds this event as an international venue for sharing and discovering fresh architecture ideas. Aside from Herda, Joseph Grima will also be the co-artistic director of this Chicago’s event. Herda and Grima will develop the event with the International Advisory Committee composed of highly praised architects coming from different parts of the world. The committee includes David Adjaye, Lord Peter Palumbo, Elizabeth Diller, Jeanne Gang, Stanley Tigerman, Frank Gehry, and Hans Ulrich. The event will have a theme but it is still not decided yet. 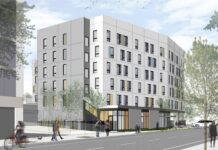