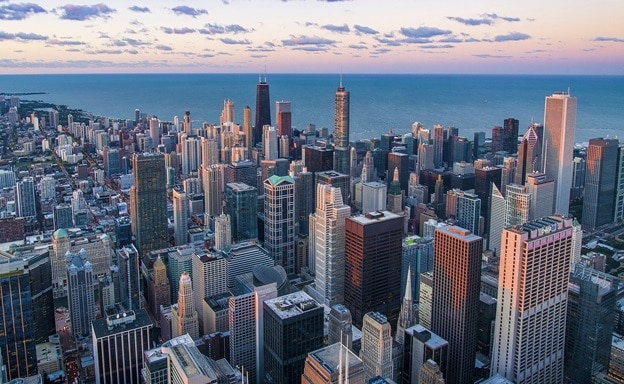 In 2021, the City of Chicago made investments for affordable housing creation and preservation through the Chicago Recovery Plan and Mayor Lightfoot’s 2022 budget. As a result, DOH is more than doubling developments awarded and units built over the 2019 Low-Income Housing Tax Credit (LIHTC) round: 11 developments, 1,083 units, and $398 million in 2019 vs. 24 developments, 2,428 units, and $1 billion in 2021.

“Investing in affordable housing is a critical component to creating an equitable, strong city,” Mayor Lightfoot states. “I am thrilled that we’ve been able to expand our investments in affordable housing to move us closer towards that vision for our city. I look forward to seeing these developments come to life and provide more affordable, safe housing options on our South and West Sides.”

Lightfoot also announced that the city is acquiring more than six acres of vacant land at 18th and Peoria that will be used for the creation of affordable housing in Pilsen. This is the single largest parcel of vacant developable property in Pilsen and, thanks to the leadership of Mayor Lightfoot, it will be used for affordable housing. Acquisition of this site, which is expected to be developed with a minimum of 280 affordable units and over $100 million in development activity, follows two anti-displacement measures passed by City Council earlier this year to ensure that long-time residents in areas experiencing displacement can remain in their homes and share in transformative improvements occurring in their communities.

The proposals will now move forward with project underwriting, design review, zoning approvals, and City Council approvals for any public subsidy. Closing on these projects is anticipated within the next eight to eighteen months.

A complete list of the 51 proposals received for the 2021 funding round can be found at www.chicago.gov/qap.

Construction to begin on public clubhouse in Addison