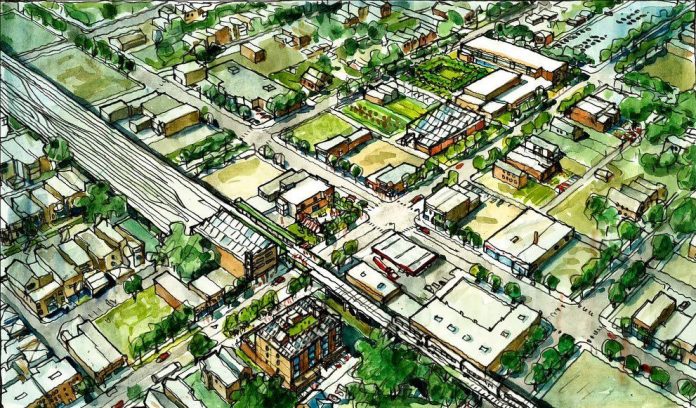 The Cook County Land Bank Authority (CCLBA) says it has arranged three agreements with community organizations to help formerly-incarcerated men and women have a ‘second chance’ to contribute to their communities. The agreements provide for property to establish housing, job opportunities and more, CCLBA said in a statement.

“The agreements demonstrate the Land Bank’s commitment to removing barriers that have traditionally blocked access to opportunity for qualified individuals who can play a significant role in community revitalization efforts. They cover neighborhoods across the county,” the Aug. 6 statement says.

With the Inner-City Muslim Action Network, a holistic community health organization that operates a ‘Green ReEntry’, a program for returning citizens and court-involved youth, the Land Bank has recently agreed to enter into a Land Banking Agreement to purchase and develop certain properties the Land Bank acquires in Englewood. In collaboration with Englewood organizations and McLaurin Development Partners, IMAN is launching a Green ReEntry-led housing strategy to reclaim and rehab Engelwood’s housing stock, reduce vacancies, and build a pipeline for Green ReEntry participants and Englewood residents to subsequently live in and own these properties.

IMAN’s housing strategy is part of a larger neighborhood revitalization plan called ‘Go Green On Racine’ or ‘Go Green’ in partnership with RAGE, Teamwork Englewood, and E.G.Woode. Their plans aim to provide training and job opportunities for returning individuals.

“Englewood has extraordinary dynamism that can be unleashed,” said Rami Nashashibi, IMAN’s executive director. “We have products that will not only be phenomenal assets to community, but build up infrastructure to attract more funding. This agreement with the Land Bank is central to making our vision a reality in the coming years.”

Similarly, the Safer Foundation has acquired property on the city’s West Side from the Land Bank that their clients, also returning individuals, will convert to affordable housing and then live there. The Safer Foundation is one of the nation’s largest nonprofit social impact organizations focusing on human capital development for people with criminal records. Its Reconstruction Technology Partners (RTP) enterprise employees and trains formerly-incarcerated individuals.

Cleanslate by Cara, a CCLBA vendor since 2014, has recently renewed its agreement to employee its clients, who are also returning individuals, to preserve Land Bank properties with landscaping and maintenance services until those properties are sold. Cleanslate has employed 150 people on Land Bank properties throughout Cook County over the years, said Maria Kim, Cara’s [resident and CEO.

“Cleanslate has been able to create new jobs every year because of our partnership with the CCLBA,” Kim said. “Their willingness to give people a job, a second chance and an opportunity to invest in their community, regardless of experience or criminal background, has allowed many Cleanslate clients the chance to show what they can do.”

The CCLBA enables local developers and business owners, especially those who would otherwise be denied opportunities, the chance to invest in their own communities, said Rob Rose, CCLBA’s executive director.

“These agreements show that the Land Bank is determined to include, not exclude, people in the work of economic revitalization where it’s most needed,” Rose said. “We are very proud to have these relationships and use the abilities we have to give these men and women a chance to contribute like everyone else.”

The Cook County Land Bank Authority, an independent agency of Cook County, was founded by the Cook County Board of Commissioners in 2013 to address residents and communities hit hard by the mortgage crisis. CCLBA gives local developers, community groups and potential homeowners the tools to transform their own communities from within.

The Land Bank acquires properties that have sat tax‐delinquent, abandoned and vacant for years and sells them at below‐market rates to qualified community‐based developers, who then rehab the properties. This approach not only keeps revenue and jobs in the community, but it also helps local developers grow their businesses. Learn more about the Cook County Land Bank Authority at http://www.cookcountylandbank.org or call 312-603-80 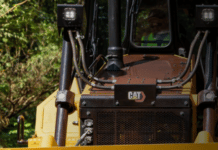