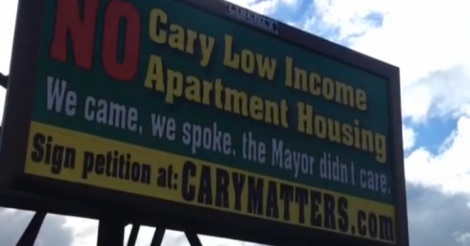 Despite strong opposition from the locals, Cary officials have approved the plan to build a 60-unit apartment complex at the northeast corner of First St. and Pearl St.

Previously used by a manufacturing business, the long-vacant 4.5-acre property would require rezoning, a permit for use and other approval which the board has approved, said village administrator Christopher Clark, reports Dailyherald.com. Awaiting the Illinois Housing and Development Authority’s approval for federal low-income housing tax credits, the rents for the units will be restricted for 15 years.

Pedcor Investment, headquartered in Carmel, IN, plans to construct six upscale-looking two-story buildings comprising 60 affordable residential units with front and back porches beside the Oak Knoll Apartments, Cary’s only other apartment complex. The complex will include a playground, gazebo and a large clubhouse.

“We do have a need for housing in this particular market. We have a requirement to attain 10 percent affordable housing within the village,” said village president Mark Kownick, referring the project as “a great opportunity for the village of Cary.”

But many residents are concerned about increased traffic, parking problems, drainage and sewer problems, overcrowding of local schools and other public services, and have shown their objection by putting up signs, signing an online petition and creating a website called carymatters.com as well as a Facebook page.

“People are opposed to this project mainly because it’s going to raise property taxes and overburden our schools,” said Jim Cosler, chairman of the Cary Matters PAC. “The location for it is very poor. It is congregating all the lower-income housing in one part of Cary. There are better places for it to be built.”

While the Cary Grove Chamber of Commerce board has submitted a letter in support of the project, Cary residents have sent about 400 letters to the Illinois Housing and Development Authority against Pedcor’s application for tax credits for offseting construction costs.

Pedcor now awaits the decision on its tax credit application which is under review and is expected in October this year, according to IHDA spokeswoman Cami Freeman.