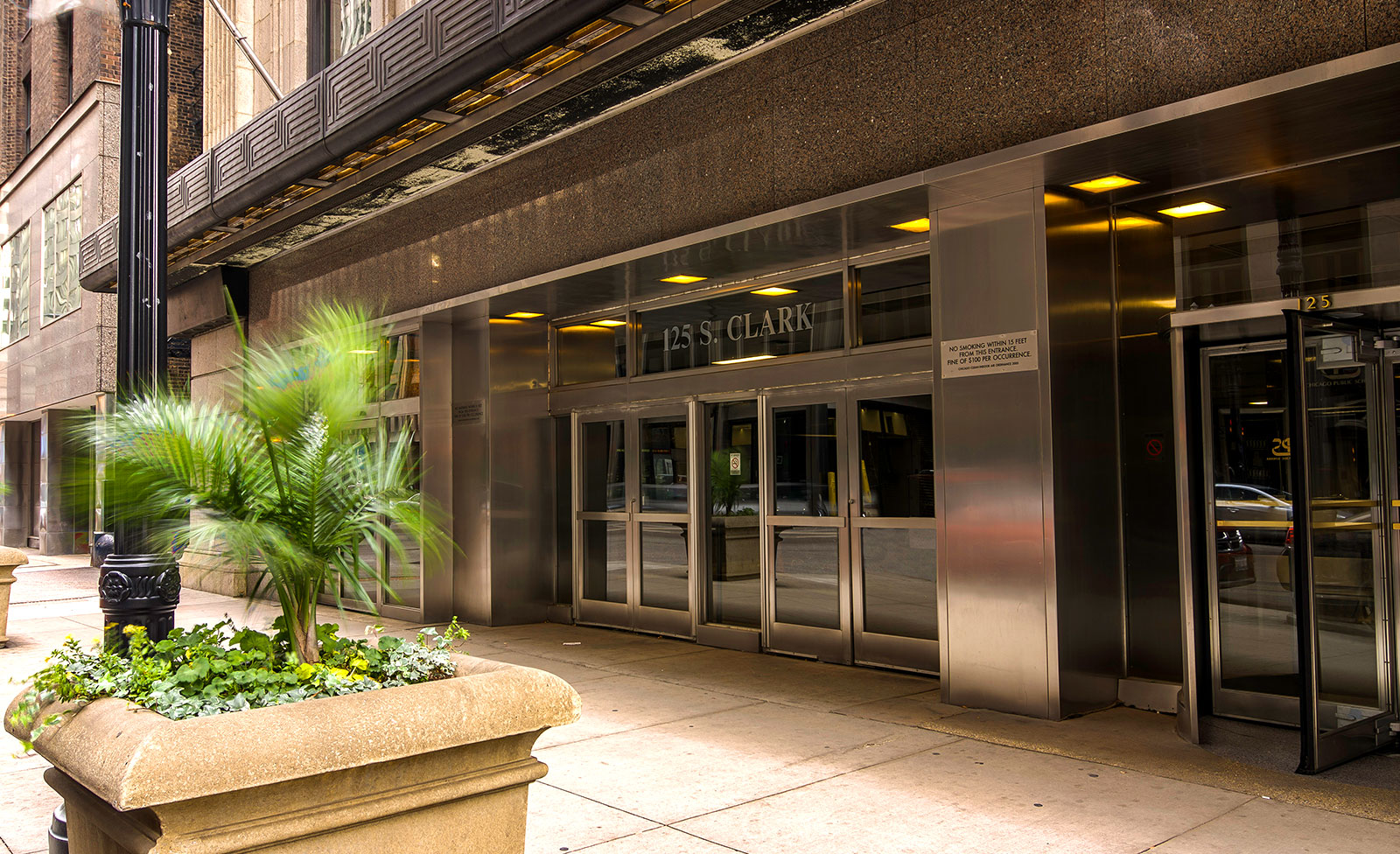 The Commercial National Bank Building office tower at 125 S. Clark is being overhauled by Blue Star Properties, which has named the project The National. The office tower was most recently the headquarters of Chicago Public Schools, but was sold to Blue Star in August 2014 for $28 million. The office tower is getting a complete makeover and new amenities, Curbed Chicago reports.

The renovated building will feature more than  580,000 sq. ft. of rentable space, according to the project’s website.

In addition, it will include a large 24,000-sq. ft. Revival Food Hall on the ground level with a coffee bar, a cocktail bar, and a book and record store curated by the local publisher Curbside Splendor. The hospitality group 16″ on Center, which includes names like Bruce Finkelman (Empty Bottle, Thalia Hall, Dusek’s, Punch House) and Craig Golden (Thalia Hall, Dusek’s, Punch House), will operate the food hall.

The building’s new owners are looking to restore many of the building’s original architectural details. The original marble hallways and ornamental flooring in the ground level are being restored while the exterior facade is also being touched up to resemble Burnham’s original vision for the tower.

“We are trying to create a building that’s extremely attractive to today’s workforce,” Blue Star Properties founder and 16″ on Center partner Craig Golden says. “Our approach is to create more of a lifestyle environment with a great work/life balance.”

Paper Source will also have a ground floor retail location in the building.

Blue Star is working with HBRA Architects on the major renovation project, which is expected to be completed by July.