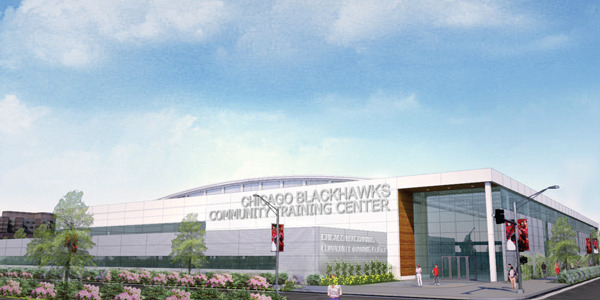 The Chicago Blackhawks have broken ground  on their new practice facility, which should be completed in the fall of  2018.

Blackhawks chairman Rocky Wirtz, president and CEO John McDonough and others held a press conference and groundbreaking ceremony on June 15.

The 125,000 sq. ft. community training center, located at the former site of the Malcolm X campus just south of the United Center, will contain two National Hockey League-sized rinks, with 94 percent of the operations to be used by the community, which includes young adult, youth and community programs.

The other six percent of its usage serve as the permanent practice home for the Blackhawks, who have used Johnny’s IceHouse West since 2010, as well as visiting NHL teams.