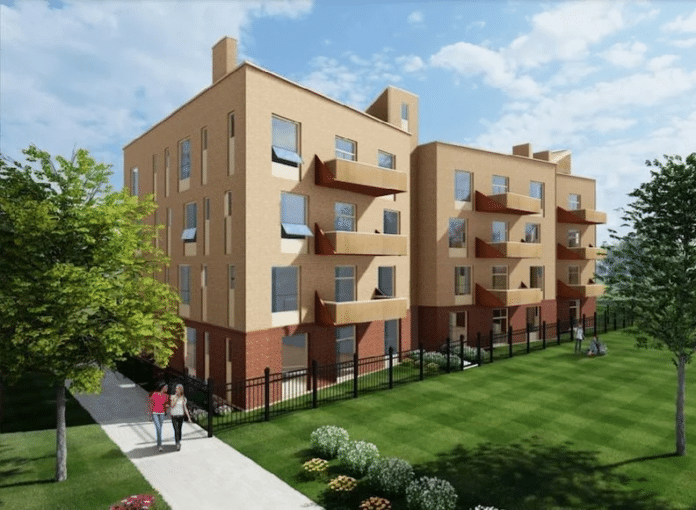 Plans for a three-building condo development near a South Shore lakefront park have stirred a protest from activists who fear the high-end development could force long-time residents out of the neighbourhood.

Elam Industries plans to build 10 condos on what is now a vacant parcel of land next door to Rainbow Beach Park, Crain’s Chicago Business reports. However, protesters organized an outdoor meeting in the park on Aug. 1 to stop the project. Nine of the condos will be priced from $649,000 to $subscribers $799,000. A tenth, larger, condo has been reserved for Elam’s principal Anita Richardson.

“You’re building $800,000 condos in a neighborhood where the median household income is around $26,000,” said Romeo Dixon, an organizer with the coalition that is pushing for a Community Benefits Agreement with the Obama Presidential Center and with Not Me We, a South Shore housing activist group. “I guarantee you, those are literally not meant for people who live over here,”  Crain’s quoted him as saying.

Davis told Crain’s that about 100 people attended the event and “the overwhelming response to those prices was, ‘this isn’t being built for us.’” However, despite the protest, the community activists aren’t asking Elam to change its proposal for the site.

Richardson and her brother Anthony Jackson, an adviser on the project, countered the activists’ argument by noting that the site where they plan to build has been vacant for at least three decades and likely much longer. “There’s nobody there to displace,” Jackson said. “We’d be bringing new people into the neighborhood,” the published report quoted him as saying.

Davis said the groups say the project is an example of “what is going to happen here if the system doesn’t think about how a (proposed) project will benefit the community who are already here.”

They would like to see an ordinance that protects residents’ right to stay in the neighborhood, along the lines of the agreement activists won for the neighborhood of the Obama library, where rapid gentrification is widely anticipated to be on its way, Crain’s reports.

Elam has received the required city approvals for the plan and held a ceremonial groundbreaking. The planned Aug. 8 start of construction has been pushed back to around Aug. 20 because of the industrywide difficulty getting construction materials, Richardson told Crain’s.

“I’ve been Black all my life, and building this is a dream come true for me,” she said. A South Side native, she founded and is now CEO of Dayspring Janitorial Services based in South Holland.