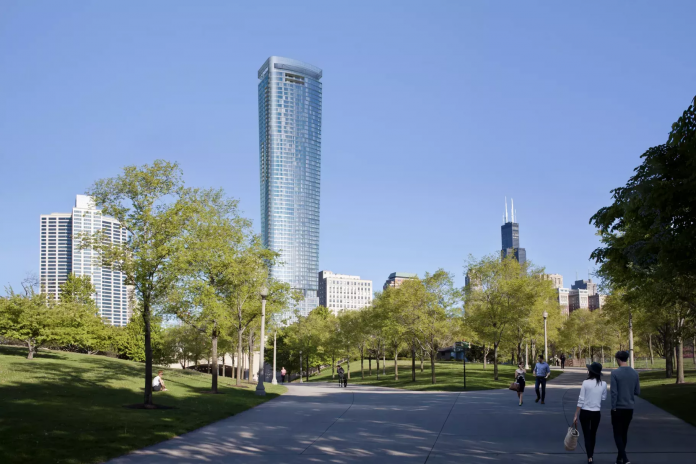 Chicago has issued an $8 million foundation permit to allow construction to start at 1000 S. Michigan in the South Loop.

The condo project, with the marketing name 1000M will be 74 stories tall, with 430 parking spaces and commercial/retail on the ground floor, according to the building permit filing.

James McHugh Construction Co. is the general contractor, which is also self-performing the masonry sub-trade. Plumbing, mechanical and electrical are being coordinated by AMS Mechanical Services, while Gurtz Electric Company is handling the electrical sub-trade.

Curbed Chicago reported earlier that there will be 323 units in the building, and these won’t be inexpensive for purchasers. “1000M will test the upper limits of the area’s luxury housing market as it pushes prices into higher, previously uncharted territory. A number of the tower’s upcoming units—including a 5,500-sq. ft. 71st floor penthouse listed for $8.1 million—exceed the neighborhood’s past sale record of $3.2 million set in 2016,” Curbed reported.

The skyscraper has been designed by Helmut Jahn.

15-story tower to be added to Bush Temple of Music