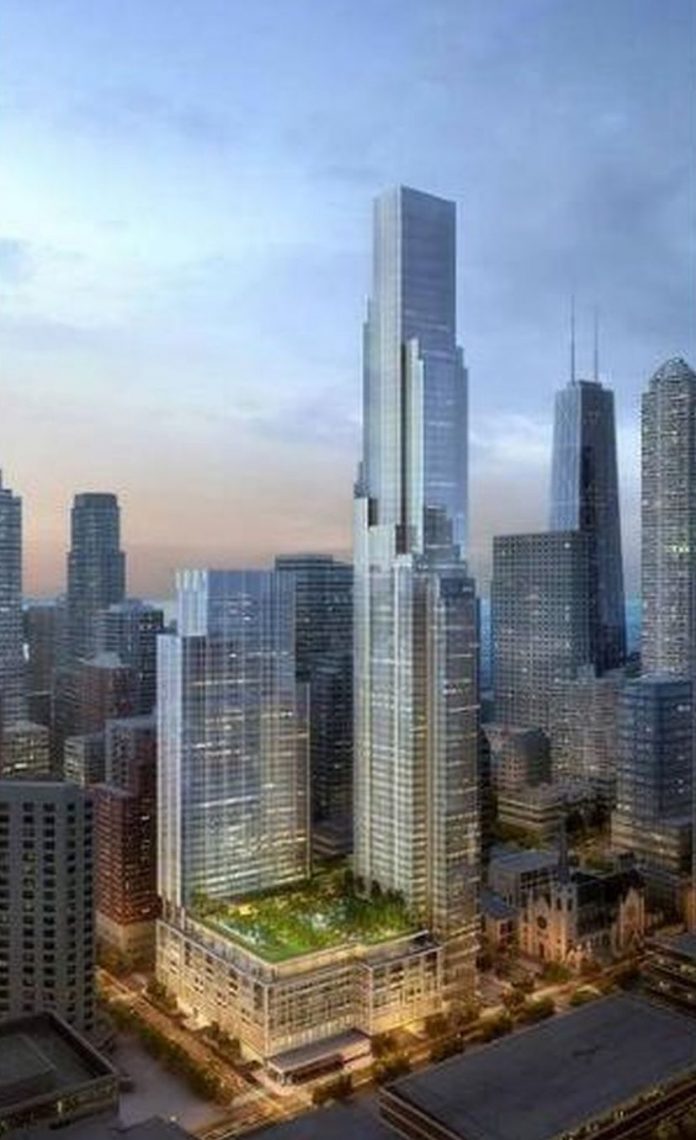 The Chicago Plan Commission has approved a $700-million development that will become the city’s sixth tallest building if One Chicago Square is built as planned.

JDL Development‘s mixed-use project calls for two towers, one 49 stories and the other 76, over a shared podium on what is now a parking lot at the corner of State St. and Chicago Ave.

The developer hopes to break ground by the end of the year. It will be its largest project.

The taller tower will reach 1,011 ft. ft, making it the city’s eighth skyscraper to exceed what ENR reports is the 984-ft “supertall” classification.

The project has been designed by Goettsch Partners and Hartshorne Plunkard Architect, with revisions since its public debut last October.

Ron Klemencic, CEO and chairman of structural engineer Magnusson Klemencic Associates, said that the taller tower will have two mass dampers; further, in its basement, the whole development will use a secant-pile shoring system to secure a site near the Chicago Transit Authority’s Red Line subway, Engineering News-Record has reported. Klemencic said the concrete in the taller tower likely will have the highest modulus of elasticity of any Chicago tower.

“The most unusual part of that design is that we’re using very high-strength concrete, not so much for its strength but for its modulus of elasticity,” Klemencic says. “We need the stiffness. We’re specifying what is, in my experience, the highest modulus of elasticity in Chicago. It’s 7,000-KSI modulus.”