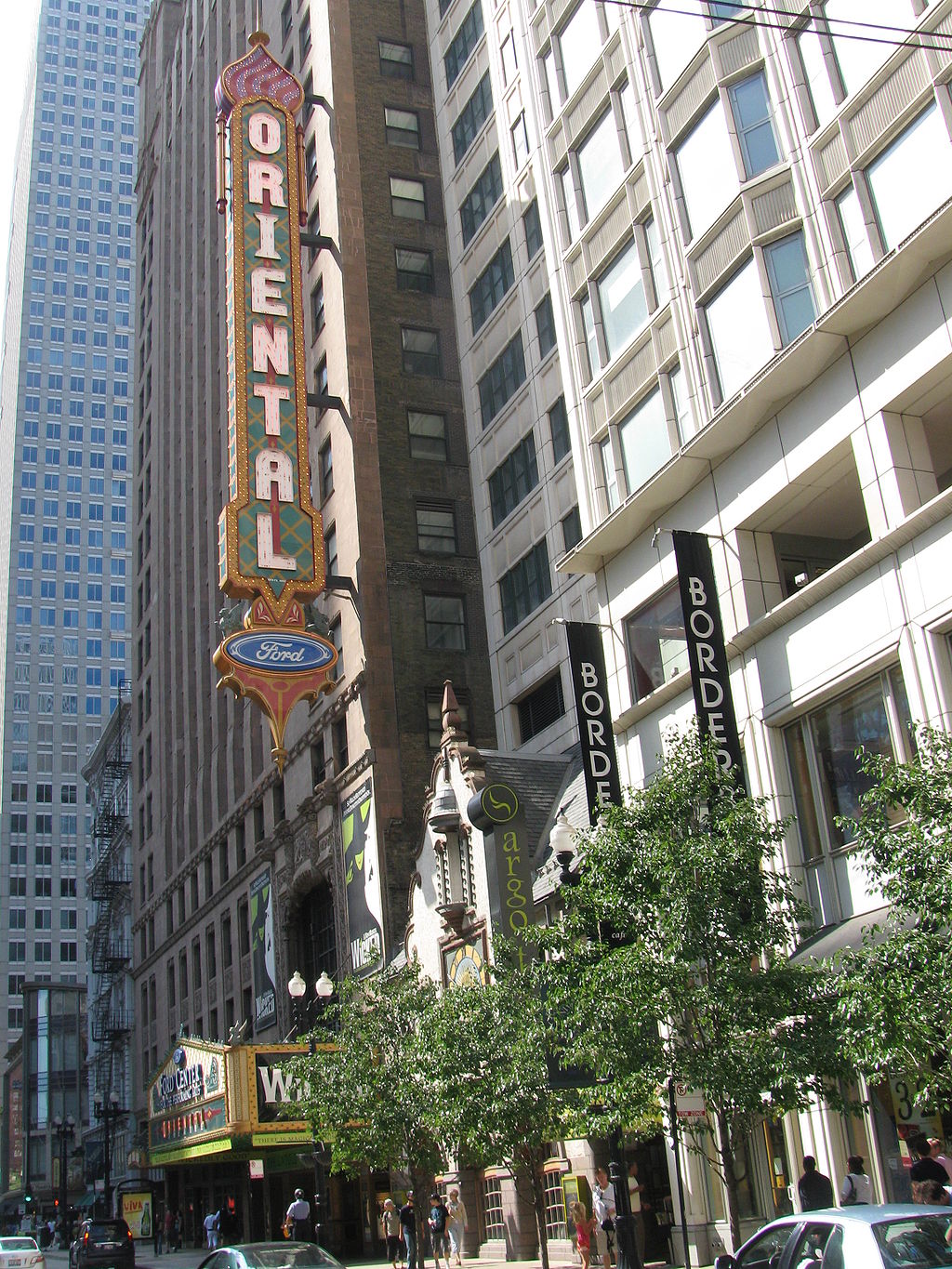 Chicago has issued a $32,851,000 building permit to convert a vintage loop office tower at 32 W. Randolf St. into a 198-room Cambria Hotel and Suites.

Crains Chicago Business says developer John Murphy had originally planned to turn the building, which includes the Oriental Theatre, into 230 apartments. However, the market conditions evolved between the original discussions in 2013 and by the time 2015 rolled around and plans were developed for the project. Murphy, president of Murphy Asset Management, said in December 2015 that he had closed on a $50 million construction loan for the project, with overall costs of about $62 million.

The description says  the work will “convert existing 23-story office tower from floors three to 22 for new hotel with 200 keys and amenities.  “Work to also take place on levels B2, B1 and Level 1 for hotel mechanical/electrical and back-of-house functions.”