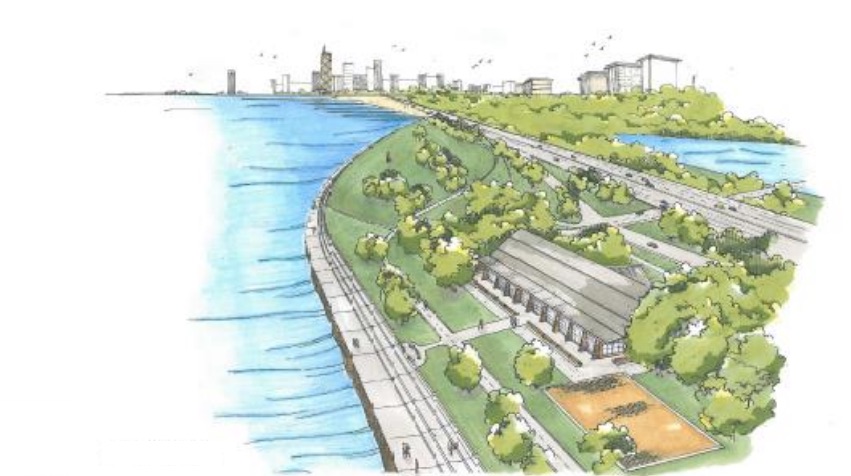 It’s a massive project, adding about six acres of land to the lakefront near Fullerton Ave., and it isn’t inexpensive either — but officials believe the $31.5 million budget for the initiative to add parkland and secure (and allow for year-round use) the Theatre on the Lake will prove to be a worthwhile investment toward enhancing the park area.