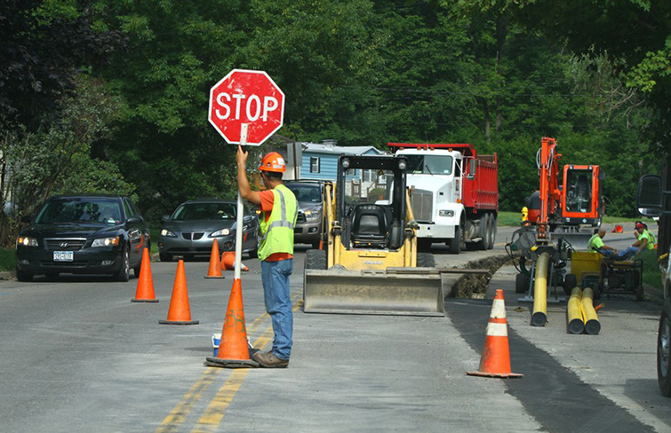 Road infrastructure construction workers across the state were sent home on July 3 — or not called in at all — with the budget-related shutdown of approximately 900 transportation projects totaling $3.3 billion, according to one of the state’s largest contractor associations, the Peoria Journal-Star has reported.

However, it appears that it won’t take long for the Illinois House of Representatives to join the Senate in overriding a governor’s veto, ending the budget stalemate.

The Illinois Department of Transportation (IDOT) estimates 20,000 workers are affected.

“By-in-large, it’s a statewide construction shutdown. One member told me he asked people to come in, just in case there was a (budget) settlement, but he sent them home. Most asked them to stay home until there’s a resolution,” said Mike Sturino, president and CEO of the Illinois Road and Transportation Builders Association.

GateHouse Media Illinois reported that more than a dozen major transportation projects totaling $284 million are affected in the Springfield area, including the final phase of high-speed rail construction on the Third St. rail corridor in Springfield. Sturino said some work was continuing on projects paid for primarily by federal and local funds.

In an exceptional Fourth of July holiday session, the Democratic-led Senate gave final legislative approval to a $36 billion fiscal 2018 budget and $5 billion tax increase package passed by the House on July 2 and 3.

However, within hours, Gov. Bruce Rauner vetoed the budget and revenue measures. The Senate then quickly overrode the vetoes, moving the final override to enact the bills over the governor’s vetoes to the House.

The House took the holiday off, and is expected to vote to override the veto, possibly as early as later today (July 5) or Thursday, July 6, according to a CNBC published report.
Steve Brown, a spokesman for Democratic House Speaker Michael Madigan, gave no time frame on possible House votes, though some House Democrats posted on their social media accounts that voting would take place then.
“We’re still assessing when the best day will be for the people who supported passage of the legislation to return and deal with the veto message,” Brown said in an interview with the cable business news network.
IDOT notified contractors ahead the start of the new fiscal year the department could no longer pay its bills as of midnight June 30 without a budget. Contractors were instructed to secure construction sites, including advisories to motorists.
An economist for the American Road and Transportation Builders Association has estimated a loss of $35 million in wages, sales and related economic activity in the first week alone of the shutdown. In addition to layoffs and lost sales, the shutdown is expected to increase costs by putting projects behind schedule,  according to the Gatehouse Media report.

Labor shortage: 68 percent of Illinois contractors are having trouble finding...