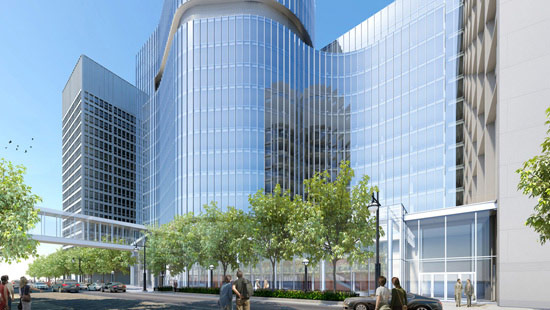 Northwestern University has received a $295 million building permit for a 14-story medical lab addition to the existing Robert Lurie Building.

The permit correlates with the Louis A. Simpson and Kimberly K. Querrey Biomedical Research Center, which was launched with an official groundbreaking last May.

Architect Perkins + Will designed the structure (Bridget Lesniak is named as the architect of record on the building permit.)

$575 million permit for a residential soar array? It has to be a typo

Chicago is among best cities for construction workers