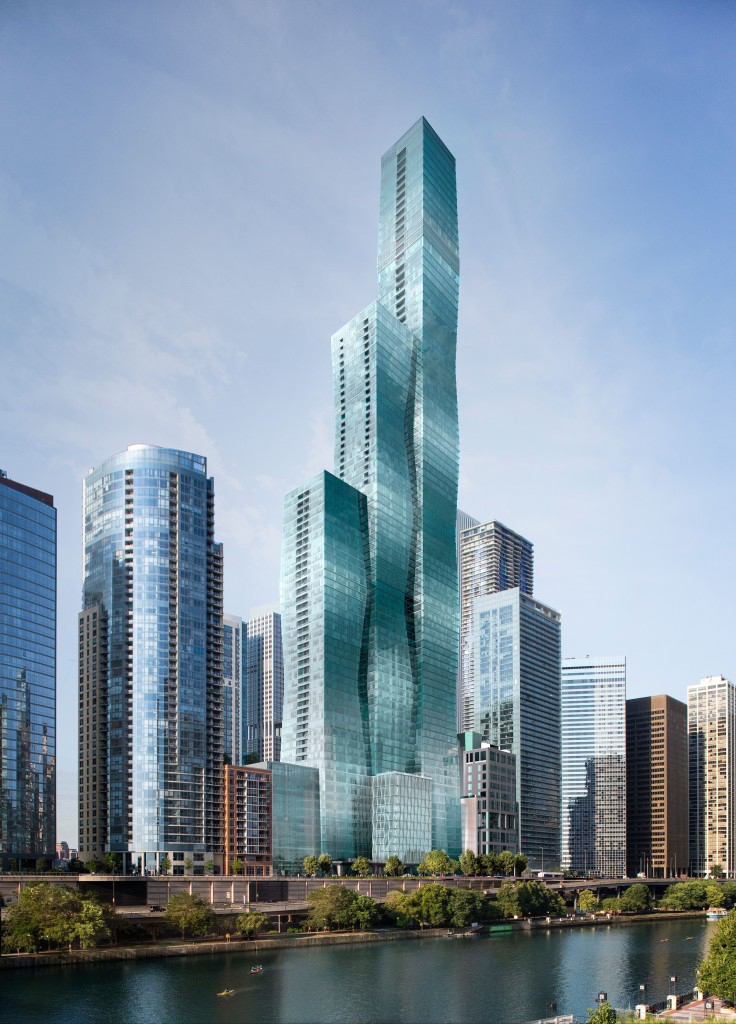 Chicago’s Wanda Vista Tower has been reported as the largest new project in the US  entering planning/construction in September, Dodge Data and Analytics reported in a news release citing Dodge Momentum Index results.

The decline in September was the result of a 5.3 percent drop in institutional planning and a 3.6 percent decrease in commercial planning, retreating from the strong performance in August which benefitted from an influx of large projects ($100 million +) into planning.

September’s decline follows five consecutive months of gains for the Momentum Index, and resumes for now the saw-tooth pattern that’s often been present in the data since 2014.

Even with the recent volatility on a month-to-month basis, the Momentum Index continues to trend higher, signaling that developers have moved plans forward despite economic and political uncertainty. With the September release the Momentum Index is 5.1 percent higher than one year ago. The institutional component is 5.4 percent above its September 2015 reading, while the commercial component is up 4.9 percent.