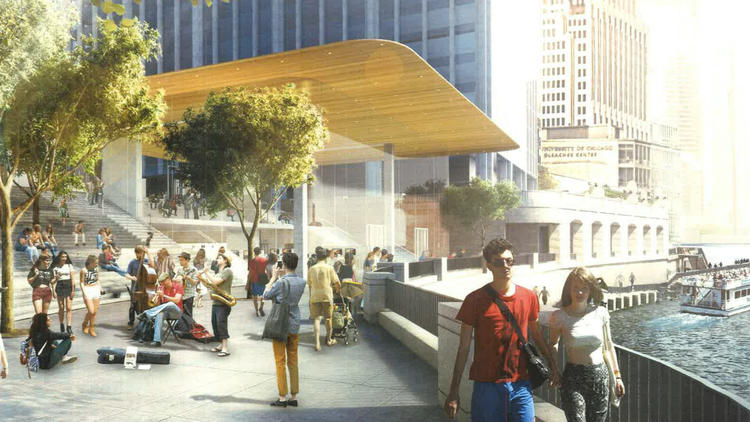 Chicago has issued a $3 million building permit to start work on the new Apple Store foundations at 401 N. Michigan Ave.

The one-storey building will be mostly underground on Pioneer Court, a plaza in front of a 35-story office building owned by Chicago-based Zeller Realty Group. “Much of the store’s space is planned underneath the plaza, connecting into basement space formerly used as a food court in the office building,” Chicago Real Estate Daily reported last August.

The store will be part of the Riverfront Retail development to be completed in 2017, Zeller Realty said in an earlier news release.

Contractors moved the bronze bust of Jean Baptiste Point DuSable from the Pioneer Court to outside the Wrigley Building across the street to set the stage for construction of the new store, the Chicago Tribune has reported.